Hey guys, here’s May’s book haul.  I didn’t buy as many books this month so I’m quite proud of myself!  Links lead to Goodreads pages unless otherwise specified. This month I edited the photos so there was less background, let me know if you prefer it the old way or the new way! I also received TWO subscription boxes this month so I’ll be ‘reviewing’ them in another post. You can read them HERE; Fairyloot and The Best Damn Book Box

Percy Jackson and the Olympians: The Lightning Thief 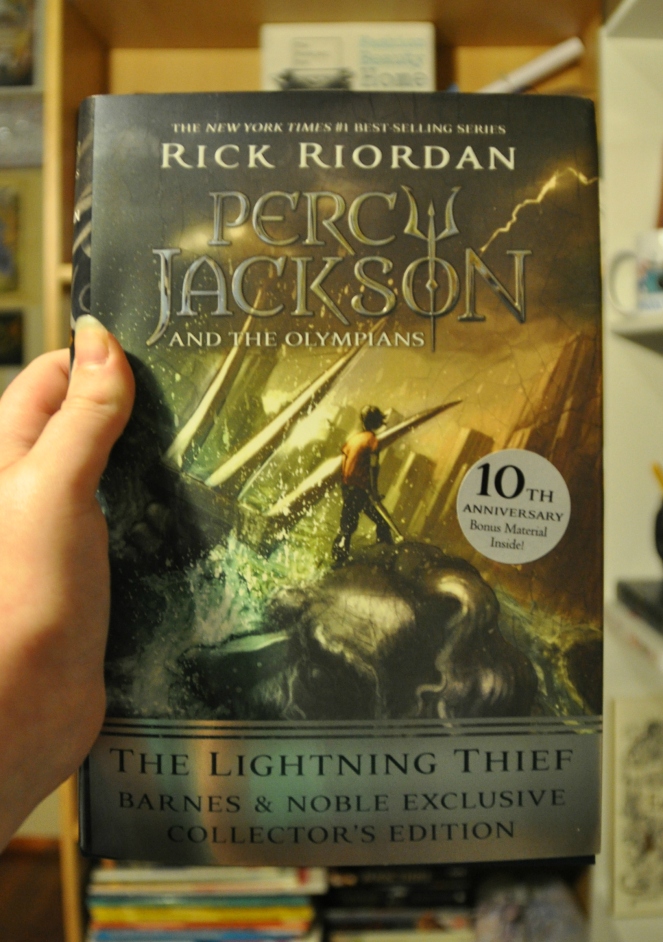 Okay, so those of you who know me know I LOVE Riordan’s writing.  This series honestly means so much to me.  When I saw B&N still had copies of this I KNEW I had to get it, it includes content such as interviews and facts.  I mostly wanted to buy this for the interview with Rick in which he explains the inspiration behind the series.  T

Percy Jackson is a good kid, but he can’t seem to focus on his schoolwork or control his temper. And lately, being away at boarding school is only getting worse—Percy could have sworn his pre-algebra teacher turned into a monster and tried to kill him. When Percy’s mom finds out, she knows it’s time that he knew the truth about where he came from, and that he go to the one place he’ll be safe. She sends Percy to Camp Half Blood, a summer camp for demigods (on Long Island), where he learns that the father he never knew is Poseidon, God of the Sea. Soon a mystery unfolds and together with his friends—one a satyr and the other the demigod daughter of Athena—Percy sets out on a quest across the United States to reach the gates of the Underworld (located in a recording studio in Hollywood) and prevent a catastrophic war between the gods.

A Court of Mist and Fury 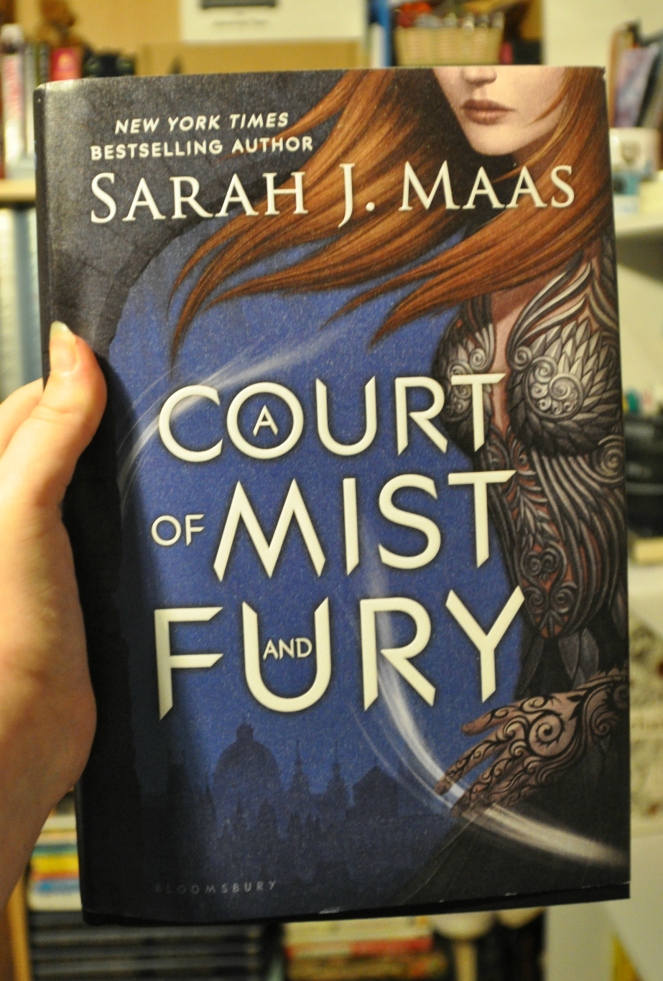 I’m on the fence about whether I should write a review on this book.. I read the first half on the 5/6th of May and the second half on the 21st, there was just so much space between that I feel the review wouldn’t be what I want it to be.  In addition to that I’m pretty certain I would have spoilers everywhere…

When nineteen-year-old huntress Feyre kills a wolf in the woods, a beast-like creature arrives to demand retribution for it. Dragged to a treacherous magical land she only knows about from legends, Feyre discovers that her captor is not an animal, but Tamlin—one of the lethal, immortal faeries who once ruled their world.

As she dwells on his estate, her feelings for Tamlin transform from icy hostility into a fiery passion that burns through every lie and warning she’s been told about the beautiful, dangerous world of the Fae. But an ancient, wicked shadow grows over the faerie lands, and Feyre must find a way to stop it… or doom Tamlin—and his world—forever.

The Trials of Apollo: The Hidden Oracle

Not going to lie, I was expecting to receive the US cover but I still somehow ended up with the UK cover? I’ll probably order it again to get the other cover as well, but I actually love the UK cover (for once)!

How do you punish an immortal?

By making him human.

After angering his father Zeus, the god Apollo is cast down from Olympus. Weak and disorientated, he lands in New York City as a regular teenage boy. Now, without his godly powers, the four-thousand-year-old deity must learn to survive in the modern world until he can somehow find a way to regain Zeus’s favour.

But Apollo has many enemies – gods, monsters and mortals who would love to see the former Olympian permanently destroyed. Apollo needs help, and he can think of only one place to go . . . an enclave of modern demigods known as Camp Half-Blood.

This book was getting so much hype on Bookstagram that I felt compelled to buy it and see what all the fuss was about.  It looks like a very Summery book so I’m waiting for a rainy day to read this.  Who knows it might warm me up?

Andie had it all planned out.

When you are a politician’s daughter who’s pretty much raised yourself, you learn everything can be planned or spun, or both. Especially your future.

Guys? Check (as long as we’re talking no more than three weeks).

But that was before the scandal. Before having to be in the same house with her dad. Before walking an insane number of dogs. That was before Clark and those few months that might change her whole life.

Because here’s the thing—if everything’s planned out, you can never find the unexpected.

And where’s the fun in that? 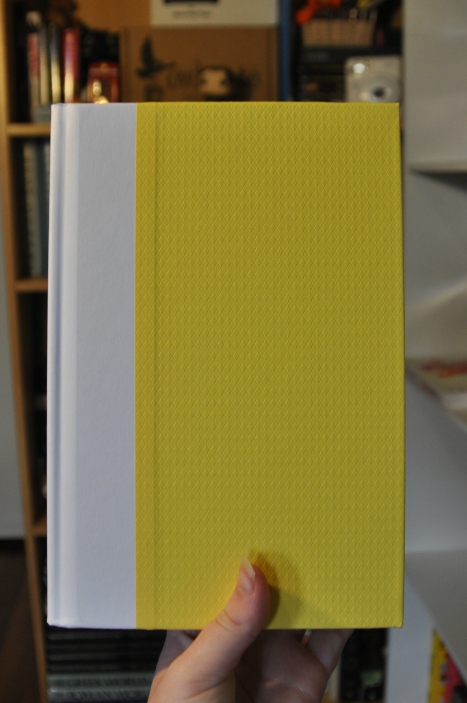 Plus look how COLOURFUL the #UnderTheDustJacket is!

Rebel of the Sands

Not going to lie, this was a cover buy… I like the premise and the reviews are all really good so I will eventually read it, but I had no intention of buying the hardcover copy online since I don’t intend to read this book anytime soon.  Then I found the paperback in my local bookstore and couldn’t not buy it then and there.  It’s SHINY!

She’s more gunpowder than girl—and the fate of the desert lies in her hands.

Mortals rule the desert nation of Miraji, but mystical beasts still roam the wild and barren wastes, and rumor has it that somewhere, djinni still practice their magic. But there’s nothing mystical or magical about Dustwalk, the dead-end town that Amani can’t wait to escape from.

Destined to wind up “wed or dead,” Amani’s counting on her sharpshooting skills to get her out of Dustwalk. When she meets Jin, a mysterious and devastatingly handsome foreigner, in a shooting contest, she figures he’s the perfect escape route. But in all her years spent dreaming of leaving home, she never imagined she’d gallop away on a mythical horse, fleeing the murderous Sultan’s army, with a fugitive who’s wanted for treason. And she’d never have predicted she’d fall in love with him…or that he’d help her unlock the powerful truth of who she really is.

Okay so here’s the thing, you all know I tend to not read books unless they’re romance (for the most part), right? Well when I saw this in the bookstore I checked on Goodreads to see the genres (to see if it was a romance or not) and it was classified as  romance, so I bought it.  I started reading it and I was really getting into it, then I discovered the romance is between two ‘secondary’ characters and not the female protagonist.  I wanted to keep reading, I did, but I just burned out… The writing was awesome and I was really getting pulled into the world, but despite all this I just couldn’t do it.  Although I will say that it was more realistic that way, when your entire world is basically crashing around you, you don’t exactly have time for romance.

Death and destruction will bar her way…

Kyndra’s fate holds betrayal and salvation, but the journey starts in her small village. On the day she comes of age, she accidentally disrupts an ancient ceremony, ending centuries of tradition. So when an unnatural storm targets her superstitious community, Kyndra is blamed. She fears for her life until two strangers save her, by wielding powers not seen for an age – powers fuelled by the sun and the moon.

Together, they flee to the hidden citadel of Naris. And here, Kyndra experiences disturbing visions of the past, showing war and one man’s terrifying response. She’ll learn more in the city’s subterranean chambers, amongst fanatics and rebels. But first Kyndra will be brutally tested in a bid to unlock her own magic.

If she survives the ordeal, she’ll discover a force greater than she could ever have imagined. But could it create as well as destroy? And can she control it, to right an ancient wrong? 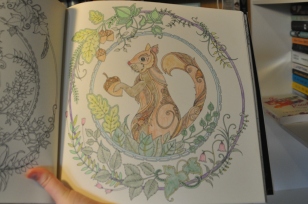 A Court of Thorns and Roses Quote Design Stationery Cards 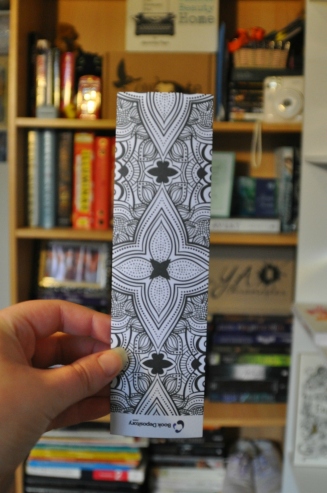 I realised after I had uploaded these tht the bookmarks are actually upside down…. Whoops!

I love their new bookmark collection! I can’t wait to start colouring them in! 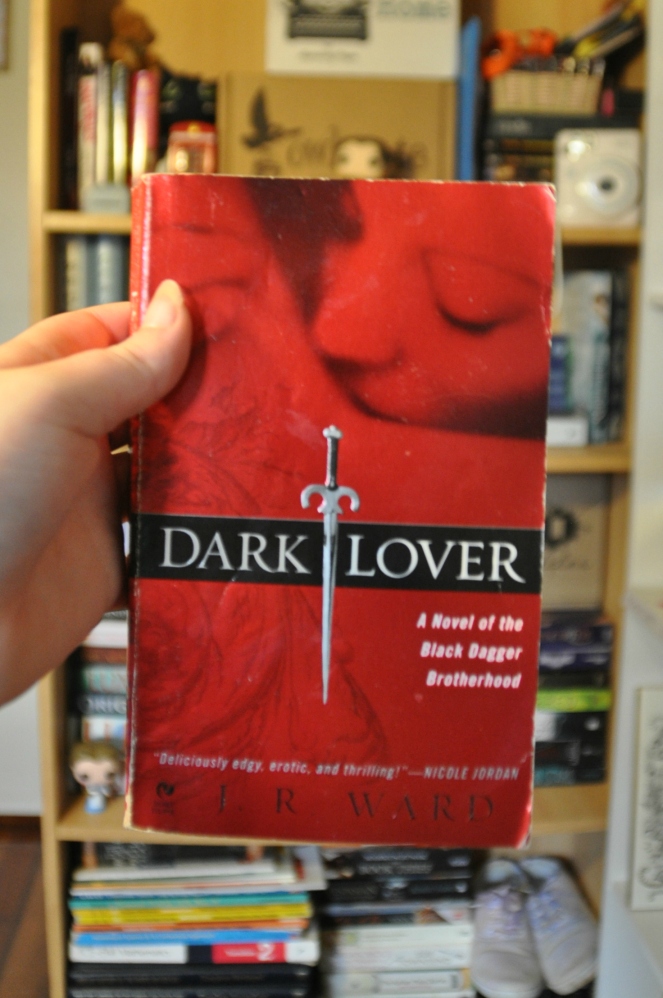 In the shadows of the night in Caldwell, New York, there’s a deadly turf war going on between vampires and their slayers. There exists a secret band of brothers like no other-six vampire warriors, defenders of their race. Yet none of them relishes killing more than Wrath, the leader of The Black Dagger Brotherhood.

The only purebred vampire left on earth, Wrath has a score to settle with the slayers who murdered his parents centuries ago. But, when one of his most trusted fighters is killed-leaving his half-breed daughter unaware of his existence or her fate-Wrath must usher her into the world of the undead-a world of sensuality beyond her wildest dreams. 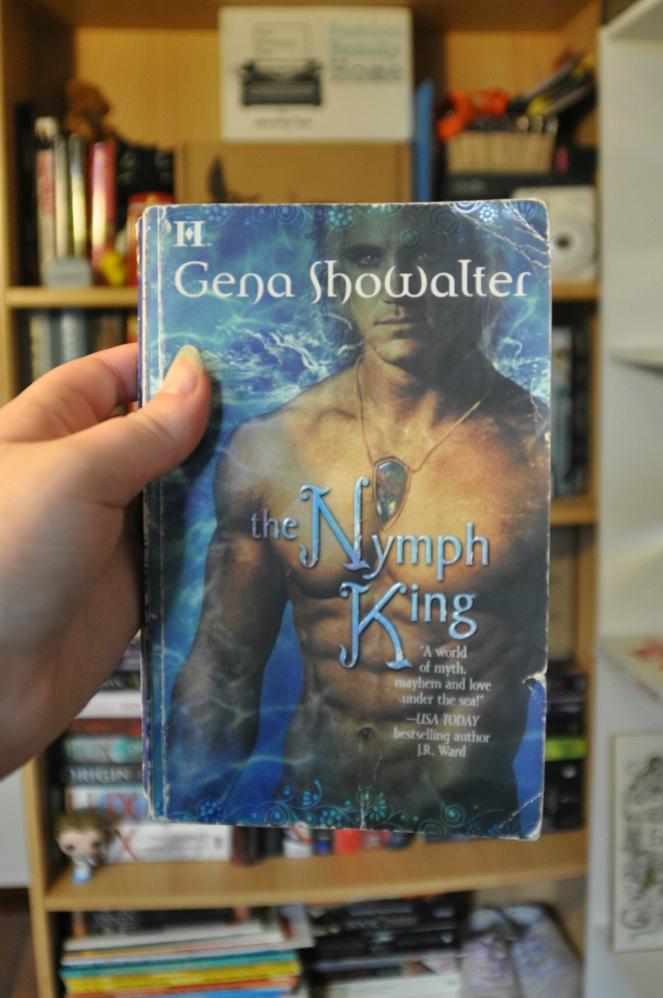 Enter a world of dark seduction and powerful magic . . . enter Atlantis . . .
Females young and old, beautiful and plain crave Valerian’s touch. None can resist his blatant sensuality and potent allure . . . until he steals Shaye Holling from a Florida beach and holds her prisoner in his underwater kingdom.
The cynical Shaye wants nothing to do with the mighty warlord, but she’s inexplicably drawn to him. For underneath the warrior’s arrogant beauty lies a complex and powerful man. A man whose caress is like fire . . .
Now Valerian must fight for the privilege of claiming her as his own. Because there’s one thing Shaye doesn’t know . . .

They are the Nightwalkers, mysterious beings who dwell in the shadows of our world, and Damien, the Vampire Prince, is among the most powerful of them all. But one woman will tempt him with a desire unlike anything he has known, and together they will face a terrifying and relentless foe…

HE’D NEVER LOVED. BUT SHE WAS IRRESISTIBLE.

Gifted with rare abilities, Syreena grew up in a cloistered setting and was forbidden to form attachments to others, yet the connection Damien feels with her is immediate, intoxicating, and impossible for either to resist. But claiming Syreena as his mate could have shattering repercussions for every Nightwalker–and leave their enemies more dangerous than ever before…

Anarchy of Angels: The Angelic Intent 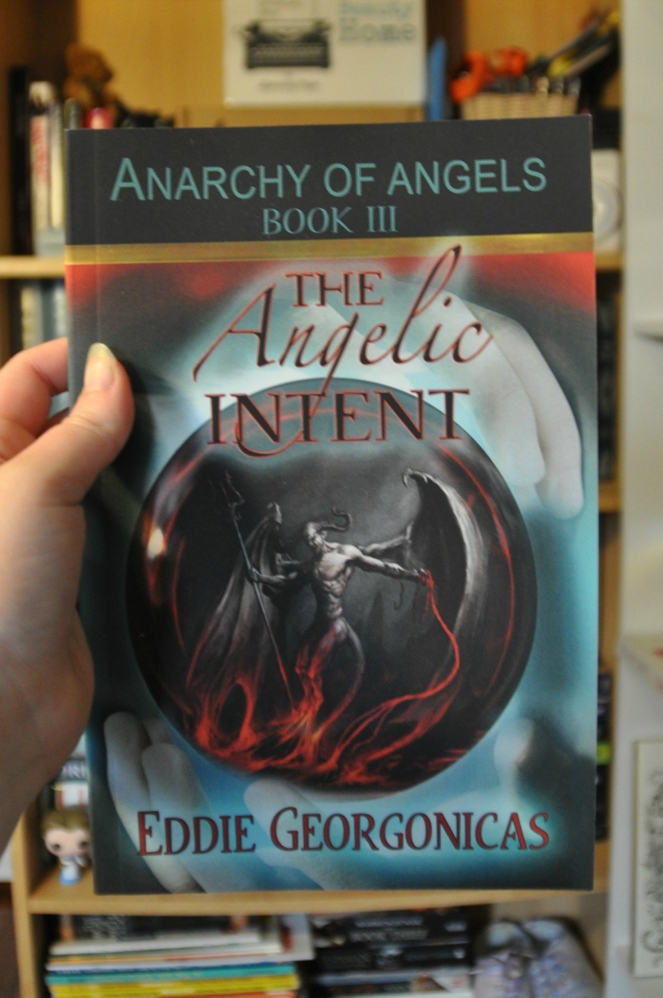 I actually entered this giveaway because it sounded like a book my best friend would like, however he doesn’t have access to a Kindle account at the moment so when he does I’ll be buying him the first two books on there and giving him this one.  It’s not really up my alley.

What books/bookish items did YOU buy this month?

(Sorry about the quality of the photos, I usually use natural light but it’s coming into Winter here in Australia and there just hasn’t been as much light coming into my room so I’ve been using my bedroom light and a lamp.  Plus my arm gets tired after a while, and when I cropped them it made the imperfections more obvious…)